With more than 1,200 federal cases handled over 35 years,
Joffe Law, P.A. has the experience & skill to best defend you

Initially, the serious implications of a federal crime often isn’t fully understood. The legal process can feel complex, confusing and in some cases, devastating to those being accused of or charged with this type of crime. Federal judges adhere to different (and more strict) sentencing guidelines than state judges. Mandatory minimum sentences tend to be much longer for federal crimes, which can be added on top of state charges for the same offense. In some cases, multiple counts of a single federal charge can lead to decades in prison. This makes it critical to have an expert, private Tampa federal criminal lawyer in your corner from day one. If you are accused of a federal crime or suspect that federal charges may be brought against you, take action immediately. Doing so may help you protect your rights, assets and family. Charges may be reduced or lessened in severity if they are addressed properly and quickly.

Why not go with a public defender for my federal case?

While public defenders in Tampa typically are well-meaning, these dedicated public servants often are burdened by heavy caseloads or extremely busy schedules. That could mean less time to prepare for your case. When your very way of living is threatened, a private Tampa federal defense attorney can give your case the time and attention it demands. Joffe Law, P.A. has defended more than 1,200 federal cases over the past 35 years, offering a wealth of experience for your unique, complex case. Watch our video on the differences between a private counsel and a public defender.

Do not say anything that might incriminate you. Speak with an attorney first.

When you’re charged, knowing the difference between federal and state crimes is vital. Federal charges can carry much more weight than similar crimes prosecuted at a state level.

The main difference between federal crimes and state crimes is that federal crimes break the specific laws set by United States federal agencies. State crimes don’t necessarily break federal laws. Florida has different laws and constitutions from other states, and some crimes could overlap. Any infraction of a federal legal code is classified as a federal crime, which typically carries longer mandatory sentences and significantly higher fines.

Prosecuting crimes at both the state and federal level

In Florida, defendants can be prosecuted at the state and federal levels for the same offense. This means that a federal crime may have additional consequences if it also happens to violate a state law. While the Constitution’s double jeopardy clause could protect the accused from being tried again for the same crime with the same evidence if a valid acquittal or conviction has been reached, “dual sovereignty” – reaffirmed by the United States Supreme Court in 2019 – makes federal crimes exempt from this protection. Crimes prosecuted at both levels can lead to longer sentences, greater fines and larger asset loss. This is just one of the reasons that retaining an experienced defense attorney is so critical. Your Tampa federal defense lawyer could shield you from certain consequences and potentially uncomfortable legal procedures.

In the United States, a federal offense is an act that has been made illegal by national legislation. In most federal criminal cases, federal government agencies are involved. These agencies include the Federal Bureau of Investigation (FBI), the Drug Enforcement Agency (DEA), the Department of Homeland Security (DHS), the Internal Revenue Service (IRS) and the United States Postal Service (USPS). In this section, Tampa federal criminal attorney David Joffe discusses some of the most commonly prosecuted federal crimes in Tampa.

While drug offenses can be prosecuted at both state and federal levels, federal drug charges are almost always filed for the following crimes in Tampa:

Fraud at the federal level can refer to many different types offenses that are closely related. In general, fraud is any type of intentional deception or misrepresentation that financially benefits one party to the detriment of another. The federal government penalizes many different types of fraud, and specific penalties are associated with each type. Some people commit fraud accidentally or are unaware that they’ve committed a crime at all. For that reason, retaining an experienced Tampa federal defense attorney can mean the difference between a slap on the wrist and a lengthy imprisonment.

The penalties for sex crimes convictions transcend the prison sentence. People convicted of felony sex offenses are required to register with the National Sex Offender Registry, meaning that your case is public record. Even after you’re released from prison, it could be impossible to find housing or employment. Prosecutors aggressively pursue sex offenses, making it imperative that you contact a Tampa sex crimes attorney immediately after you’re arrested, or if you suspect you might be under investigation of a sex offense.

Can I appeal a federal case post-conviction?

In Tampa, a federal appeal may be filed after conviction in a federal case if the losing party sees cause to challenge the trial court’s proceedings or the way the law was applied. Successful appeals could result in a reduction in charges or outright dismissal. Federal appeals are extremely complex and require the services of an expert Tampa federal defense lawyer like David Joffe, who has handled more than 1,200.

What should I expect from
my Tampa federal criminal lawyer?

You’re considering hiring private counsel. Naturally, you’re wondering, “What do I get for my money?” The quick answer is “peace of mind.” Once you retain counsel, you’re no longer going it alone, and you no longer have to worry that the public defender previously assigned to your case is overburdened by dozens of others. Your federal attorney will examine all of the facts of your case, and will advise you on your best course of action. Because no two cases are alike, it’s a given that two strategies are alike.

Your federal defense lawyer will help you make some big decisions regarding your next move. He or she will inform you of what you can expect to happen next, and what may happen as your case moves forward. Counsel will help you decide whether your case merits your cooperation with the federal government. Whether or not you cooperate will depend on the severity of potential charges and evidence that could be used against you. In addition, your Tampa federal criminal attorney will help you decide or understand:

In some cases, favorable plea agreements may be reached before any official charges are filed or added to your record. This is why it is so important to contact a Tampa federal defense lawyer from the very beginning stages of your case. David Joffe, P.A. is a law firm dedicated to defending those who are facing serious federal charges. We have more than 35 years of experience handling such cases, and stand ready to help you beginning right NOW. Call us at (813) 591-5558 immediately for a consultation.

What you say and do after being arrested and booked on federal charges could have a significant impact on your case. Criminal lawyers usually advise those accused of federal crimes not to speak with anyone until they consult with their attorney. Why? Because “anything you say will be used against you” in court, as explained to you when you were read your Miranda rights. Legally, police and investigators are permitted to lie to you. For example, they might tell you that if you cooperate “now,” prosecutors will “go easier on you.” In reality, police and investigators have zero clout with the feds, and you could easily seal your fate by cooperating. For this reason alone, it’s not advisable that you speak with anyone until you’ve consulted with your Tampa federal defense attorney.

FAQs: Answered by David Joffe, a
Tampa federal defense attorney near me

You may select a public defender, whose services will be provided to you free of charge by the government. A private Tampa federal defense lawyer like David Joffe does not provide services free of charge. So, what’s the difference between a public defender and private counsel? While public defenders generally are well-meaning, they often are overloaded with cases, which could severely limit the time spent on your defense. When a person’s future is on the line, many choose to hire a private federal defense attorney who can ensure that the case gets the time and attention it needs for the most potent defense possible.

What types of cases does a Tampa federal criminal lawyer handle?

A defense attorney who specializes in federal cases typically handles serious criminal cases involving drugs, white collar offenses, fraud and sex offenses. Federal charges often are leveled when an alleged crime is commissioned in more than one state. Federal charges usually carry harsher sentences than state charges, making it all the more imperative that you retain a criminal attorney with a proven track record of successfully defending federal cases.

When should I call a federal defense attorney?

Contact a federal defense lawyer immediately after you’re arrested. If you suspect you might be under investigation or indicted for a federal crime, take advantage of a criminal attorney’s free consultation. Doing so familiarizes counsel with your situation and could helps you understand best understand what to expect if you’re arrested. The sooner you make the call, the greater your chances for a positive outcome for your complex case.

What are the differences in sentencing for state and federal convictions?

Prison time resulting from a conviction on federal charges is usually 85% higher than it is from convictions at the state level. Your sentence can be even longer if you are prosecuted at both federal and state levels. The right federal criminal lawyer could help you significantly decrease the amount of time that’s normally served for similar crimes. Counsel will fight to protect your rights and help you find the best options in these types of situations.

What if I didn’t know I committing a federal crime?

In the eyes of the Court, ignorance of federal law is not an excuse, and therefore not a viable defense. However, judges sometimes could be more lenient with first-time offenders or those who seemingly had good intentions and legitimately didn’t know they were committing a crime. Each case – and judge – is different.

Can the feds still prosecute if a grand jury doesn’t indict?

Without an indictment from a grand jury, charges still are possible if the prosecutor successfully convinces a judge that he or she has enough evidence to warrant a trial. 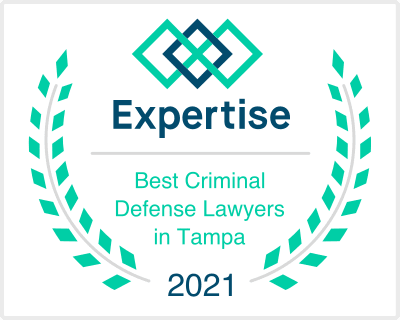 JUST ARRESTED? WE CAN HELP YOU 24x7.
Toogle Down