Finding out that federal investigators want to question you, someone close to you, or your employer is cause for concern. Federal law enforcement agents focus on serious crimes that are ultimately prosecuted by federal courts. Miami, Florida, receives a great deal of attention from federal authorities due to the high incidence of frauds uncovered in the region. In addition to fraud and white collar crimes, federal authorities prosecute many sex crimes and drug crimes. Any allegations against you about federal crimes warrant a consultation with a Miami federal defense attorney. Expert legal advice could best prepare you to complete an interview with investigators. For people already charged, representation from a federal criminal attorney well-versed in federal court procedures and rules of evidence will be critical for navigating through a criminal case.

Many federal agencies have the power to launch criminal investigations against people and businesses. Their intent is to protect the public and promote a fair business environment that benefits investors and consumers.

Because the federal government generally applies its resources to largescale crimes, investigators will gather extensive evidence before pursuing criminal charges. Big investigations also mean that large numbers of people may come under the scrutiny of federal authorities. That’s why it’s essential that you contact a Miami federal defense attorney as soon as you suspect you’re under investigation.

Requests for information may not mean that you are a suspect. However, law enforcement agents are suspicious people. All interactions with them should be approached with care due to the risk of prosecution or even the reputational damage that an investigation can bring.

Do not say anything incriminating. It's best to speak with an attorney first.

When do charges become federal?

A great deal of overlap exists between state and federal offenses. Factors that will result in federal prosecution instead of state prosecution are:

The federal government takes seriously sexual activity toward children, production and distribution of prohibited pornographic materials, and sex trafficking of minors and adults across borders. The stakes are high for people facing accusations of this nature. On top of fines and prison sentences, those convicted usually have to register as a sex offender. That status could greatly impact future housing and employment.

Sex offenses that are tried at the federal level often include:

Possession, manufacturing, and distribution of controlled substances can produce state or federal criminal charges. Occasionally, drug defendants face prosecution at both the state and federal levels.

Federal investigators tend to focus on people involved in largescale operations that distribute materials across state and international borders. Drug crime rings also may engage in other federally prosecuted activities like money laundering and bribery. As a result, drug organizations can attract investigations from multiple federal agencies on top of drug enforcement agents.

Outside of major drug trafficking investigations, people could face some risk of federal prosecution. Even seemingly minor offenses, like possession of a controlled substance, could result in a federal charge if:

A defendant originally charged by the state could also arouse the attention of federal investigators. If a person’s local drug-related activity appears connected to a larger crime organization, federal agents might take over the case, in which case you’ll need the assistance an expert Miami federal attorney.

This type of federal offense often involves people who hold a public or private position of authority. Defendants facing charges related to white collar crimes may use their power to steal money or corrupt a financial process for profit, usually by falsifying financial records. A business executive, elected official, or public employee could all be in a position to execute a white collar crime.

However, individuals may commit white collar crimes as well. A person does not necessarily have to be in a position of authority to hide income from the IRS or attempt to launder money obtained through illegal activities.

Defending yourself from accusations of white collar crime may rely on knowledge of accounting practices and interpretation of financial transactions. A forensic accountant brought in by a federal defense lawyer in Miami could potentially provide testimony that contradicts the conclusions made by federal agents.

Fraud can take many forms and may overlap with white collar crimes. Federal investigators concentrate on fraud taking place against federal agencies, like Medicare fraud, as well as bank or bankruptcy fraud and fraud committed through the mail and Internet.

A Miami news station reported on a case that illustrates a typical federal fraud case. The FBI arrested a 55-year-old nurse who allegedly lied about having employees when applying for federal aid through the Paycheck Protection Program and the Economic Injury Disaster Loan program. According to authorities, he claimed to have 28 employees with a monthly payroll of $168,000 on his PPP application. When seeking an EIDL loan, he reported having four employees and $180,000 in monthly payroll costs. These statements resulted in disbursements of $420,000 from PPP and a loan of $55,000 for the EIDL.

This example shows how fraud could arise from deception. In this case, another entity was tricked into making a financial decision based on false information.

Fraudulent schemes can come from underworld criminal organizations or occur within legitimate businesses where the leaders choose to deceive for profit. Over the years, the government has uncovered massive frauds in the corporate world.

The 21st century started out with the Enron scandal in the headlines. At the time, the failed energy company experienced the largest bankruptcy in the country. Executives committed multiple frauds and white collar crimes, including insider trading, money laundering, obstruction of justice, and overstatement of earnings.

In 2020, banking giant Wells Fargo settled a civil case with the federal government and agreed to pay $3 billion in penalties for opening fraudulent accounts for customers without their permission. In exchange for this massive civil settlement, the U.S. Justice Department chose not to criminally prosecute the company.

Wells Fargo broke the law by setting up bank accounts and debit cards for customers who had not asked for such products. The bank then collected numerous fees related to the unwanted bank accounts. The fraud was systemic throughout the company and involved many employees who felt motivated to open accounts secretly for customers to meet their sales quotas. Employees engaged in widespread crimes like forging signatures, changing customers’ contact information, and moving money between accounts.

The investigation of HealthSouth Corporation by the U.S. Securities and Exchange Commission led to accusations of inflated earnings totaling over $1.4 billion. The CEO aroused further suspicion by selling $75 million worth of stock the day before the company publicly announced a large loss.

The CEO successfully battled 36 counts of accounting fraud, which illustrates that a vigorous legal defense can produce results even in the face of a massive federal prosecution effort. However, the CEO eventually received a 7-year prison sentence due to bribing a state governor.

When fraud-related scandals rock a company, employees at all levels might come under the scrutiny of investigators. Hiring a federal defense lawyer at such a time could help you avoid self-incrimination caused by honest attempts to answer questions.

Advantages of a private federal defense attorney over a public defender

The criminal justice system provides public defense lawyers to defendants who cannot hire their own or choose not to. Although public defenders mean well, they all operate under heavy caseloads. That fact deprives of them of the time to commit extra attention to your case.

Hiring a private Miami federal attorney will require paying out of pocket, but defendants gain advantages from the investment. Lawyers in private practice do not struggle against burdensome caseloads. They can apply their attention and resources to studying evidence, looking for weaknesses in a prosecutor’s case and consulting expert witnesses whose testimony may strengthen your defense. Additionally, a private law firm could hire the best private investigators to look for evidence that may aid your cause. By comparison, a public defender does not have so many resources to draw upon when developing a defense strategy.

When you have your own federal lawyer instead of a public defender in Miami, you will also enjoy greater access to your representative. Phone calls will be returned in a timely manner so that you can get legal advice quickly. Public defenders have demanding schedules and might not take many calls.

Who do federal investigators target?

Federal agents will investigate anyone believed to be involved in a crime. People working at banks, brokerages, accounting firms, or other financial institutions may experience inquiries from regulators more often than people in other industries. However, any type of business might expose executives and employees to fraudulent schemes executed by colleagues.

People who have computers that can be accessed by others at home or work could also be vulnerable. Someone might use your computer to commit various cyber crimes or frauds in an attempt to leave the evidence trail pointing at you.

Many criminal defense attorneys work in state courts, handling routine cases like drunk driving, drug possession or simple assault. They simply may not be prepared to handle a federal case effectively due to inexperience with the system. When federal charges confront you, you will want legal guidance from someone who knows how federal prosecutors think and the standards that they operate by. The procedures differ at the federal level, and you may want a lawyer who does not have to learn them while defending you.

Federal penalties and sentencing guidelines differ from those in state law. A lawyer who regularly interacts with the federal courts will be ready to explain potential penalties. This information could help you make important decisions about cooperating with investigators, seeking a plea bargain, or choosing to stand trial.

The best representation for your case

Do not let federal investigators misinterpret your statements as signs of guilt. You do not have to wait for an arrest to consult with a federal criminal lawyer in Miami. Anyone who needs information about legal rights may consult us at Joffe Law, P.A. We support clients who need to complete interviews with investigators or must appear in court to answer for federal charges. We understand the stress that you are under and want to plan a thorough response that preserves your liberty. For legal assistance in Miami, call us anytime. 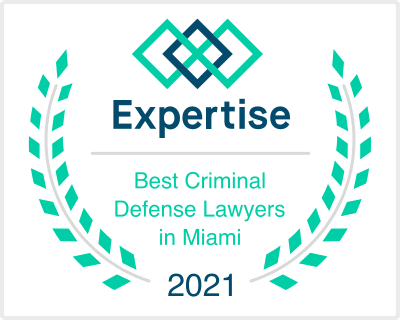